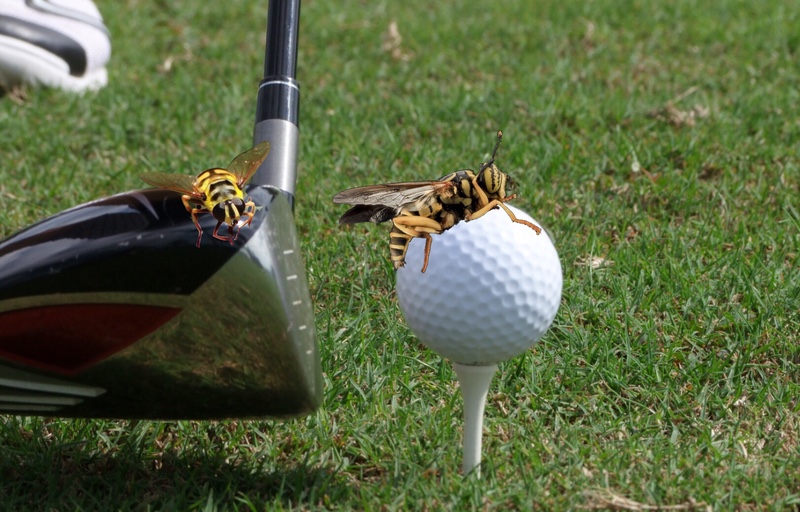 In the summer of 2013 a Californian woman was taking a private lesson at a golf club in Napa Valley. According to court documents, she was preparing to take a shot on the fairway, when she was attacked by a swarm of yellow jackets.  The instructor and the golfer had to run about 150 yards before the swarm stopped chasing them.  Stung more than 50 times, the woman began to lose consciousness and was said to be near death when paramedics administered a shot that saved her life.

The woman sued the Club for general negligence and premises liability after she had to spend the night in the intensive care unit with welts, redness, and swelling all over her body.  She subsequently missed five weeks of work because of her injuries.  Now deathly allergic to yellow jacket stings, she must be given injections three times a month and carry multiple epinephrine pens.

A ruling on the case issued by the California state appeals court in August 2018 stated that the golf course was responsible for its patrons safety.  “The evidence here supports the conclusion that it was reasonably foreseeable that yellow jackets in an underground nest on the premises would form a swarm and attack a nearby golfer.” It was reported that the day after the attack it took an exterminator 15 minutes to find the nest, which was hidden under a lump of grass.  Further the court ruling stated that “Golf course operators are not exempted from exercising reasonable care to protect their patrons against the foreseeable risk posed by yellow jacket nests on the premises.”  The case will now go forward to determine the level of responsibility and liability on the part of the golf club.

Earth Guard Pest Services can assist you by identifying the problem bugs, assessing the best way to eliminate them and prevent future invasions, and help you decide upon the right combination of pest control services for your household or business.