Yellow Jackets are more Aggressive in the Fall 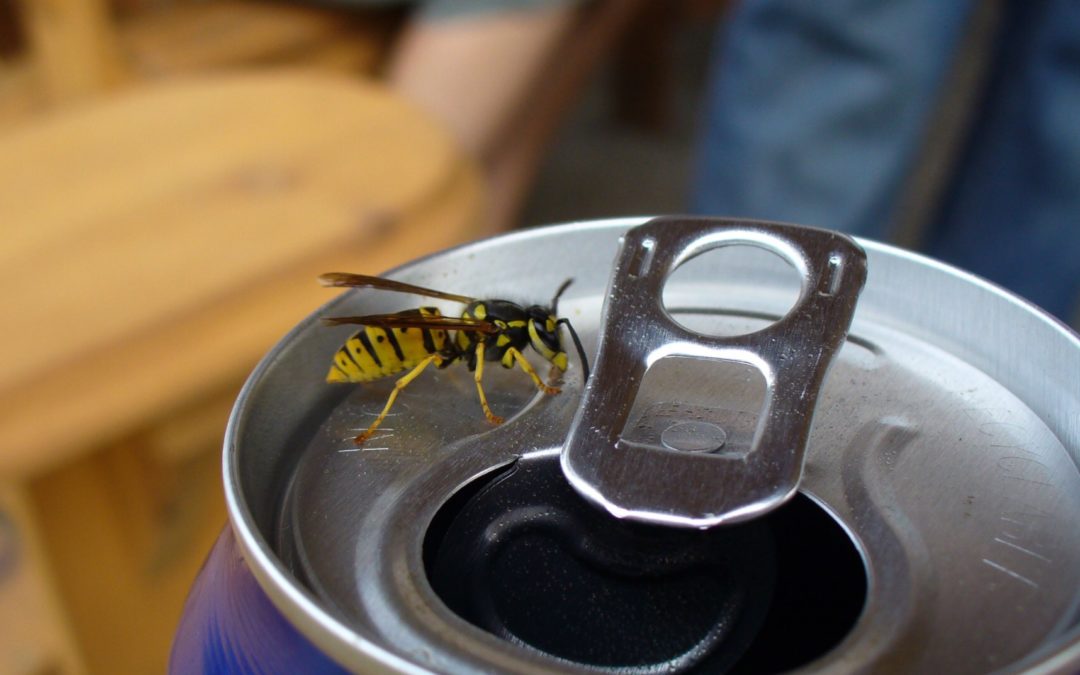 Yellow jacket colonies are started in spring.  An overwintering queen works alone until the colony grows as a first generation of workers emerge. In late summer, a new generation of reproducing male and female yellow jackets emerge to mate. A new queen looks for a place to spend the winter while the old queen and her colony die off.

Colonies are likely most dangerous in the fall because this is when they’re at their largest. It’s also possible that yellow jackets are more aggressive in fall because they know their days are numbered. Most of them die after a hard freeze. Those living underground may take a little longer to expire.

Yellow Jackets, are some of the most notorious stinging pests, causing a large number of trips to hospitals due to the proteins in their venom. Yellow Jackets, depending upon the species, are either predators-eating spiders and/or other insects, or scavengers-eating carrion (dead animal or fish flesh.) In nature they make up an important part of the balance of nature. However, when their nests are located near, on, or in our homes they can cause significant human harm. Part of the problem stems from the fact that they are so extremely defensive of their territory, attack in numbers, and can sting repeatedly. Some species immediately think they own whatever food they find or land on, even if it is our lunch!

Common sense dictates it is best to leave wasp and yellow jacket nests alone – unless they’re in an area with lots of human activity. Nests beside a walkway, in a playground, near a door, or around the house should be decommissioned. You can try spraying with an aerosol can of Wasp & Hornet Killer. You have the greatest chance of success spraying at night when the insects are tucked in their nest.  But for truly safe and effective results you may want to call upon a professional.