It’s a hard knock life for a group of low-income individuals living in one cities neighborhoods. With the daily presence of drug deals, the sad state of poverty stricken neighborhoods and the ever looming possibility of getting mugged, there is a lot to feel overwhelmed about. In addition to the mental strain living in these conditions produces, there are other factors that may contribute to the feeling of depression and gloominess, one study says. 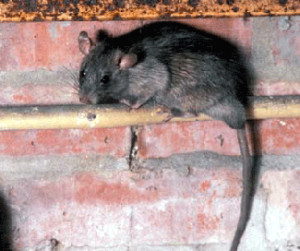 In the March edition of the Journal of Community Psychology, scientists discuss the effects that the presence of rats have on the mentality of low-income residents in areas of Baltimore, Maryland. Originally designed to study the link between behavior considered “risky” in regard to sexual conduct/drug usage and depression, researchers discovered that out of the 448 Baltimore residents followed, most reported the existence of a recognized rat population to heavily contribute to the feeling of depression.

Rats are commonly associated with a host of negative implications. And with good reason. Rodents are often found in poorly kept living conditions; gaining access to homes through shotty or unkempt construction, feeding off of scraps and garbage and often carrying a variety of diseases. It is no small wonder why so many people associate rats in a community to equal a “bad” community.

In this study, approximately half of the participants reported seeing rats in their neighborhood at least once a week with one-third reporting to having seen them almost every day. Thirteen percent reported rats within their home residence and five percent of these cases stated that this happened every other day if not every day.

In addition to the physical safety and sanitation concerns these sightings of rats raise, almost more important, is the perception and associations that are produced with seeing these rats frequently.

Of the participants roughly thirty two percent considered rats to be a major problem on their blocks. What this study lends itself to, is that those who regarded rats as a serious problem had a seventy two percent higher chance of having symptoms of depression than to similar neighborhoods where rats were not as prevalent.

While efforts have been made within the city to reduce the number of renegade rats by producing more garbage cans, the city still has a long way to go to help bolster its community and the mental wellness of its residents.