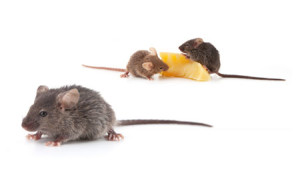 While the pitter-patter of little feet can be a welcome sound in many a household, one can make the argument that the happiness scale is directly correlated with the type of feet attached to that sound. Namely, the species. We’re talking rodents people!

Millions of homes in the United States have unwelcomed guests in the form of rats and other rodents. And while the presence of these pests can affect the emotional wellbeing of an individual or family, the health risks of having an unchecked rodent population in a home is far more dangerous than one might originally think.

Rats and rodents are known to be carriers of several types of diseases that can lead to serious illness and in some cases, even death.

1.      Exposure to (handling of, ingesting of, and airborne particles from) infected rodent waste including: feces, urine, saliva, and nesting material.

3.      Handling of infected rodents or insects – some viruses can transfer from skin to skin contact with no bite or scratch mark necessary.

The following is a list of diseases spread by rats, rodents and insects that feed or travel on these rodents like: fleas, ticks or mites.

Most commonly found in the white-footed mouse, cotton rat and rice rat,  the Hantavirus is a potentially life-threatening disease that currently has no specific treatment, cure or vaccine.

Symptoms include: fever, fatigue, muscle aches (generally in hips, backs and thighs) and may include, diarrhea abdominal pain, nausea and vomiting.

Lymphocytic choriomeningitis virus, or LCMV, most popular host is the common house mouse. LCMV usually occurs in two stages. The first stage includes symptoms such as nausea, vomiting, headache, muscle aches and lack of appetite. The second stage is primarily more neurological in nature including the occurrence of: meningitis, encephalitis, or meningoencephalitis.

Yes, you read that right. The same plague that killed millions of people during the Middle Ages could be creeping around your floor boards and behind your walls. The most basic form of plague may be as close as one infected flea bite away. Of the different types of plague (there are several: Bubonic, Septicemic, Pneumonic) all are caused by the same bacterium: Yersinia pestis. The different types are classified by which level of the body the plague has reached: the immune system, the blood system and the lungs. Symptoms are dependent on the type. Prompt medical treatment through antibiotics is necessary to treat illness and possible death.

Some rodents carry the salmonella bacteria in their digestive tract, (who knew?) making any contact with rodent waste, especially the consumption of contaminated food, a potential risk to contract salmonella.

No, this is not the latest dance craze.  As the name suggests, Rat Bite Fever is spread when a person has been bitten by a rodent who is infected, has handled an infected rodent (even when no bite or scratch occurs) or has consumed the bacteria in some form.

Caused by the bacterium Francisella tularenis, Tularemia is often found in rodents, rabbits and hares who are especially prone. Tularemia is most commonly transferred to humans by an infected tick or deer fly bite, or by handling of an animal that is infected. Reported in almost every state in America, Tularemia can be life a threatening illness, though most cases can be treated with the use of antibiotics.

For more information about rodents and how you can prevent or eliminate infestations in your home, contact our trained Sacramento pest control professionals at 916-457-7605.